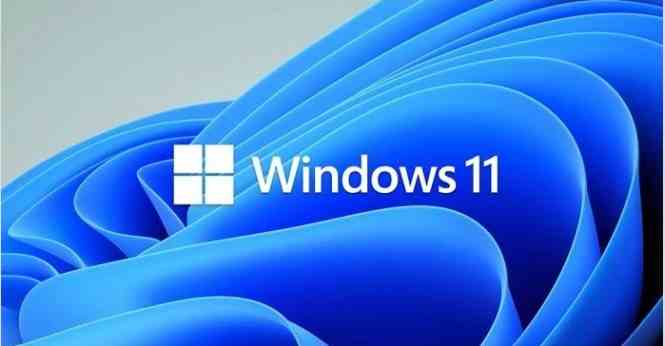 Microsoft has finally formalized Windows 11. After Windows 10X was discontinued, Microsoft presented the future new update that will leave an era shaped by Windows 10 behind.

Microsoft has finally formalized Windows 11. After Windows 10X was discontinued, Microsoft presented the future new update that will leave an era shaped by Windows 10 behind. A few weeks ago an ISO for developers was leaked in which we could see a preliminary and unfinished view of Windows 11. In the leaked version, we were able to redesign the interface with new icons, a new menu start, and the inclusion of widgets like on macOS. In the official version, Microsoft highlighted the features of Windows 11, some that we could see a few weeks ago and some that were not in this ISO. For example, updates are now up to 40% smaller and support Android apps. After six years of Windows 10, Microsoft gave a new version number that was supposed to bring people together and make them more productive again. And fun shouldn't be neglected either. Say hello to the new Windows 11 user interface As mentioned earlier, the new interface is the main attraction of Windows 11. It's also evident that they were inspired by several details of the Windows 10X discontinuation. The most important modernization that we can see in this new operating system is the change in the Start menu. It goes from the center-left of the screen, and Microsoft completely arranges the Live Tiles, the tiles that contain these icons, and decides on a simple list of applications. Now the menu is much more reminiscent of macOS, with app icons organized in a common list. This menu has been optimized so that we can find what we need more quickly. Integrate the search bar at the top, which will give us recommendations for actions and uses below. The search menu has also been redesigned so that we can find files, internet content, etc. You may have noticed that the Windows 11 Start menu relies on rounded corners, transparencies, and new animations. Well, you should know that these details are extended to the entire surface of the operating system, which creates visual consistency. In addition to rounded edges and a new design, they have two extremely useful features - snap layouts and snap groups. Snap layouts let you configure window layouts and what they look like with a simple button at the top of the windows and select some of the standard Windows 11 options. On the other hand, Snap Groups are made up of groups of applications that are used simultaneously. In this way, we can return to a specific work environment based on these groupings so as not to lose the “thread” of our work. Plus, Windows 11 will absolutely remember everything we did and leave it the same as before, even if we shut down the PC. Windows 11 also has a widgets panel with useful information. This comes from the left and is of course fully customizable. In the first case, we were able to display calendar widgets, breaking photos, weather, traffic information, a to-do list via Microsoft To-Do, and even a search bar for searching the web - via Bing. Fortunately, developers can create their own suggestions within the design guidelines. Microsoft wanted to focus on the security and fluidity of Windows 11. Microsoft ensures that updates are up to 40% smaller and do not affect our PC's performance, as they are installed in the background without disturbing us when we are working or playing. In addition, Windows 11 is “the most secure Windows system to date,” says Microsoft. On the other hand, Microsoft has built several of its services right into the system, such as Microsoft Teams and Xbox, which are now more deeply integrated into Windows 11. Auto HDR is added for all the games we'll see first on Xbox. , and a new technology called Direct Storage API should allow our games to load faster. Xbox GamePass is integrated right into Windows 11. Along with this integration, a new Microsoft Store will appear that is more reminiscent of third-party stores like the Apple App Store. Touch controls, system gestures, and usability improvements are added to make using Windows 11 without a keyboard or mouse much more natural and easy. Read more : https://programmerscreatelife.com/post/microsoft-presents-windows-11-new-responsive-design-faster-and-more-secure When will Windows 11 be available? Unfortunately, Microsoft has not yet announced the release date for Windows 11. Windows 11 is expected to be officially released by the end of the year. The good news is that if you already have Windows 10, you don't have to open the wallet to upgrade to Windows 11 - the update is free. However, your system must meet certain technical requirements. Read more: https://programmerscreatelife.com/post/microsoft-presents-windows-11-new-responsive-design-faster-and-more-secure

Glad Billy is still here at the office

My boss in real life Vs How i see him